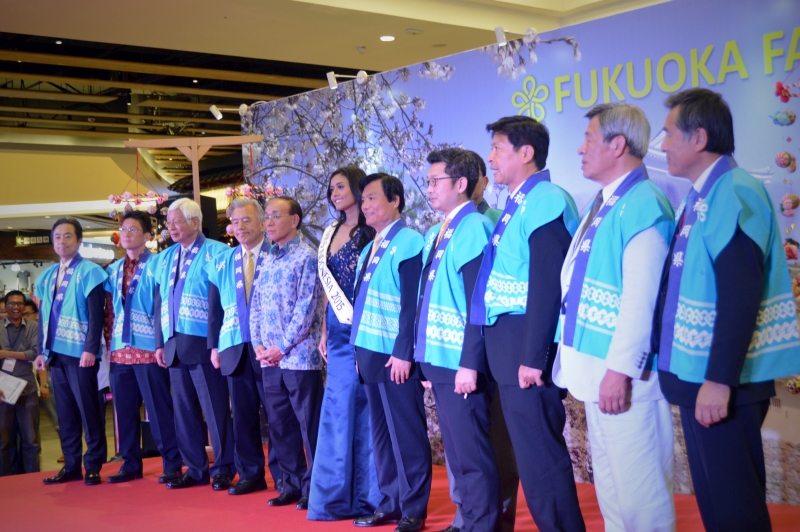 In the opening ceremony, which began at 4:30 pm, Governor of Fukuoka Ogawa Hiroshi, in his speech stated, “We are people who live in Kyushu and Fukuoka will be waiting, and through this event will further make visitors feel closer, and certainly we invite to visit. “

While Masayuki Nakao, the Speaker of Parliament Fukuoka explains, “Fukuoka since a long time ago has become a window to interact with other countries, and through this program we would like to introduce more interesting things in Fukuoka.” 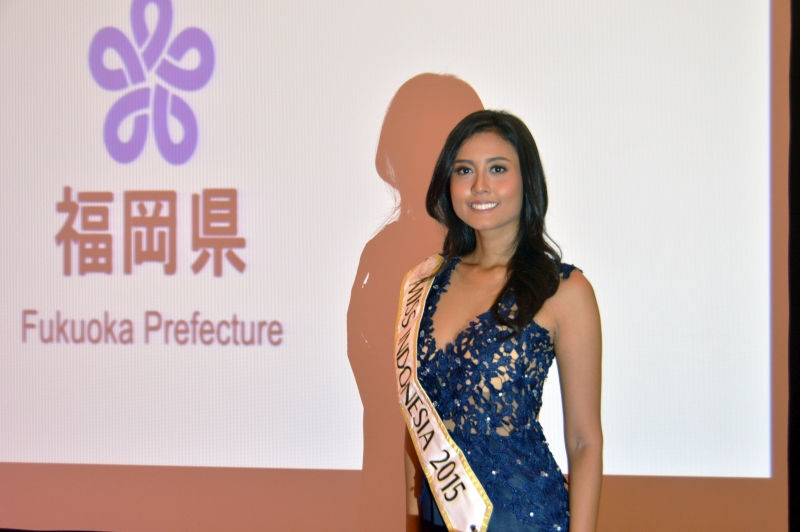 This event featuring cultural Fukuoka and Japanese music and anime, and also serves a variety of pop culture, which has been translated many languages.  The stage event filled with a variety of events, such as talk show with Miss Indonesia 2015 Maria Harfanti, live performance Idol Group of Kyushu, “LinQ” , a live performance from Kesta, winner of “5th Kara OK compe Grand Final” held in Jakarta in January, as well as karaoke competition Anisong. 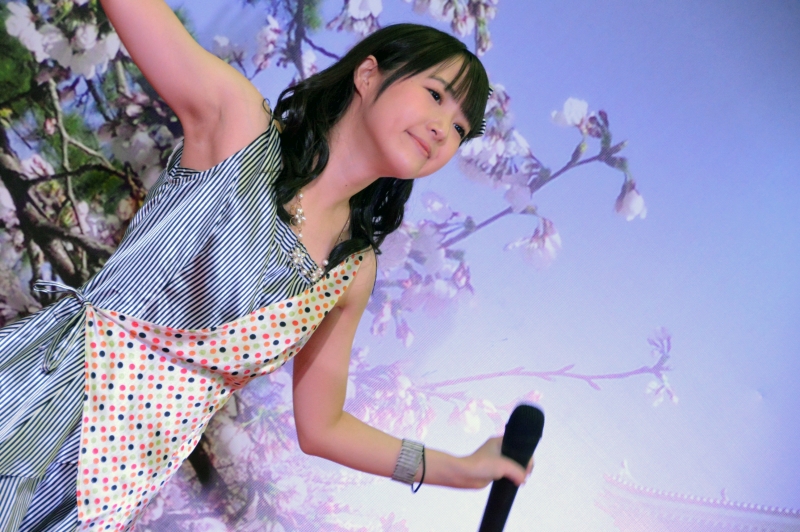 While the venue is also enlivened by booth of Asianbeat, Fukuoka Tourism booth, as well as food testing booth like that serves fukuoka cuisine like Udon, Mizutaki, Hakata Gameni, Mentaiko Onigiri, and Green Tea Yame. In this event, a variety of attractions Fukuoka, such as culinary and tourism were introduced to the visitors in person! 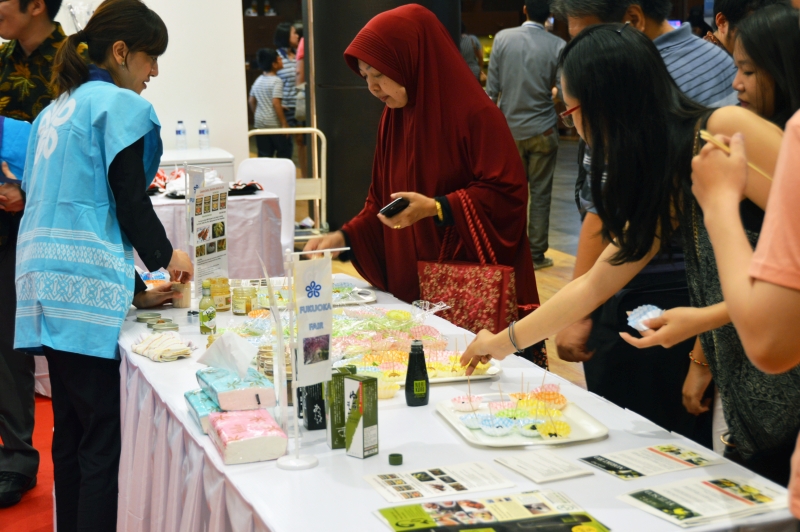 Idol renowned group of Fukuoka, LinQ deliberately brought in to enliven the stage. LinQ itself is an abbreviation of [ Love In Kyushu ], where Kyushu is the island where Fukuoka is located. LinQ performace this time brought 5 members, namely  Kishida Mayu ,  Himesaki Ami ,  Sakura Manami ,  Araki Kokoro , and  Kohinata Maina . 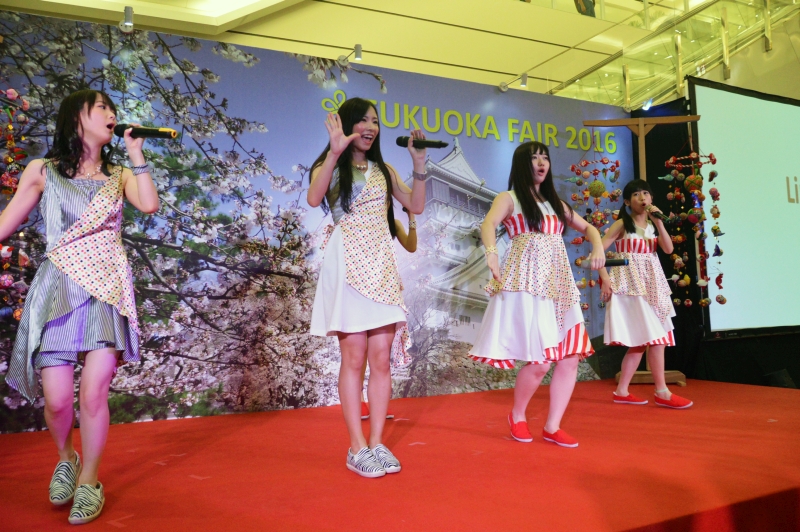 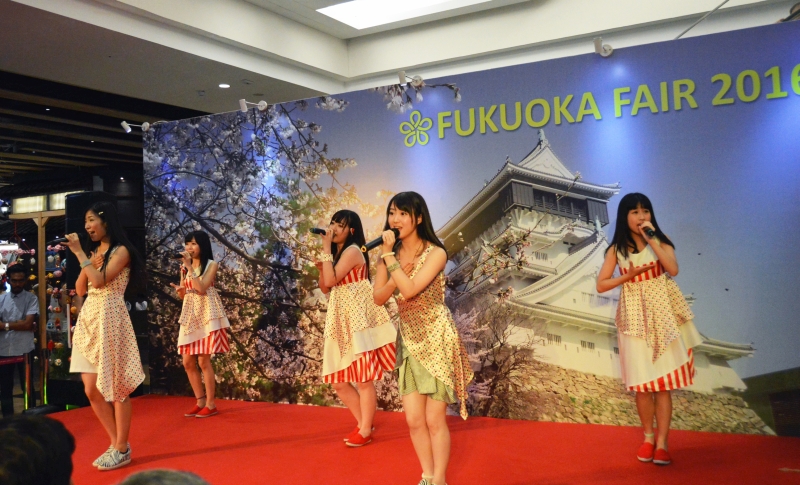 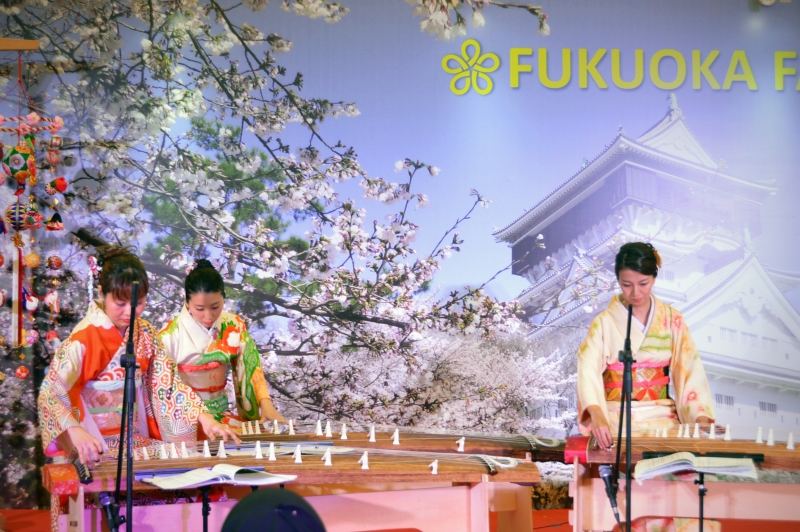 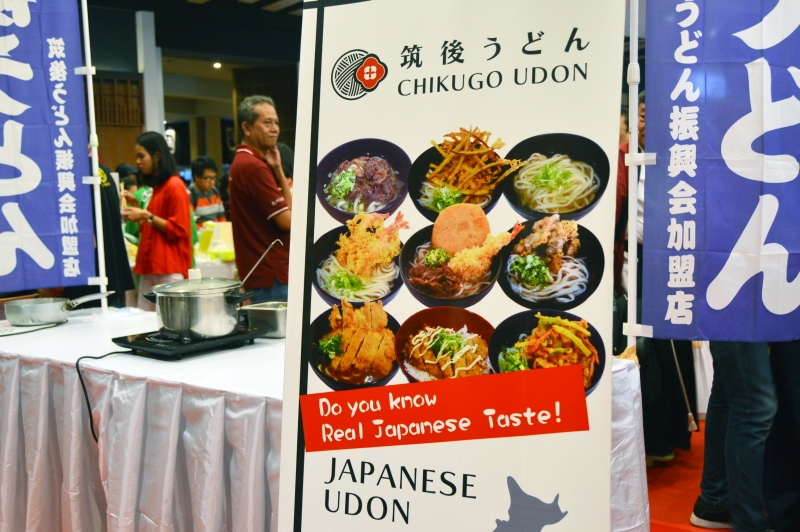 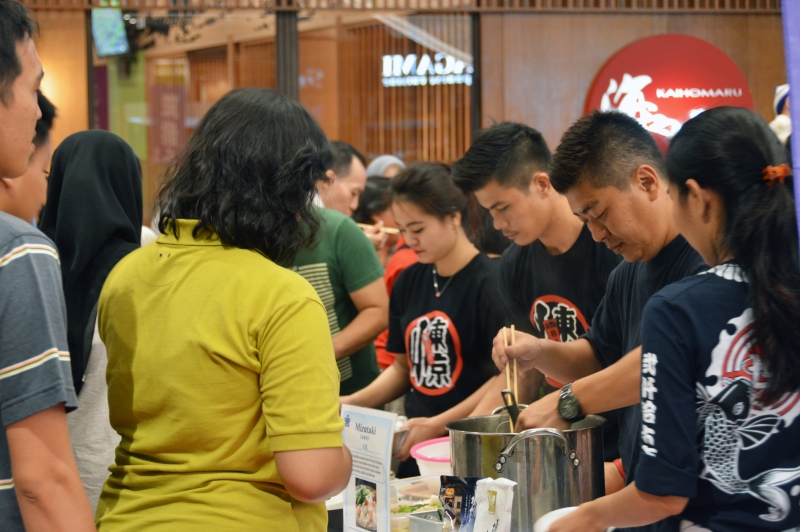